Been looking around what information is available about the pending 1.4.2 update for Cloud Connector Edition (CCE).

This will be the first automatic update release so if your on version 1.4.1 or below i recommend just looking over and checking your setup. Also the update will follow the update schedule that has been defined on the Hybrid PSTN site. Its worth checking what time is set now before the update is released.

The noted expected release date is 20/3/2017 so not long to go but this date is pending final testing and confirmation it mentions.

Below are some great links from TechNet Blogs i recommend looking over before the 20/03/2017 so you can check over your existing deployment, understand the automatic update process and also automatic recovery process. Its always good to know the process just in case.

Please prepare for the auto update and spend some time checking you have everything in place and your ready.

For updates Cloud Connector version is downloaded and management service stopped, Cloud Connector updates which removes old version and install new version, new Virtual machines are built side by side from existing VHDX file but note if the VHDX is older than 90 days the intall instance script will log a warning. Once all updates are complete and services runing the switch to the new version will takes places by changing virtual network connections to new vms, shut down n-1 version and remove n-2 version and appliance is take out of maintenance mode. Windows updates is then performed. As the older version is kept you can revert back to it if required.

There are also tasks to look at following the update as well so make sure to check your update version and tasks after update.

Also some key points i found on prepare

Note: It is recommended that a new VHDX be built periodically to reduce the amount of time to perform Windows updates for new and updated Cloud Connector machines. It’s not supported to update the VHDX with Windows update and re-run Sysprep as there are a limited number of times that Sysprep can run on a computer.

To manually recover the appliance, first review the Cloud Connector management service log for details on what prevented automatic recovery from being successful.

Note that when the backup version is running, there will be no High Availability support due to inconsistent running and Cloud Connector script versions. Update to the current version as soon as possible, either by modifying the auto update schedule, or manually. For manual update instructions see Upgrade a single site to a new version in the Cloud Connector Edition configuration guide.

Upgrade to a new version of Cloud Connector

Modify the configuration of an existing Cloud Connector deployment 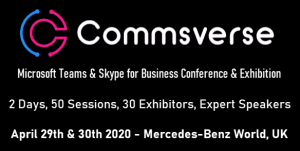